The Holstein cow originated in the Netherlands. The first Holstein-Friesian cow to come to North America was imported from Holland to the United States in 1881. That same year, Holsteins made their way into the pioneer herd of Michael Cook and Son of Aultsville, Ontario. Herman Bollert of Cassel, Ontario, bought foundation stock from Cook in 1883. The vast majority of Holsteins in Canada today trace to two animals owned by Bollert: Tidy Abbekerk and Aaltje Posch 4th. A depression forced Bollert to disperse his herd in 1896 and many fellow breeders purchased his superior cattle, furthering Holstein genetics across Canada.

In 1924, T.B. Macauley of Mount Victoria Farms (Montvic) of Hudson, Quebec, acquired some of the same seed stock from James Rettie and Alfred Hulet in Ontario's Oxford County. Animals from this superior Montvic herd would have a lasting-impact on the Holstein breed in Canada as many of these animals are the descendants of the animals found in Canada's Holstein Herdbook today.

While some breeders were skeptical of the black and whites in the early years, the Holstein proved her worth and became popular during the depression years when the economics of feed conversions were critical. Holsteins have outstanding milk production. They have colour markings of black and white or red and white. 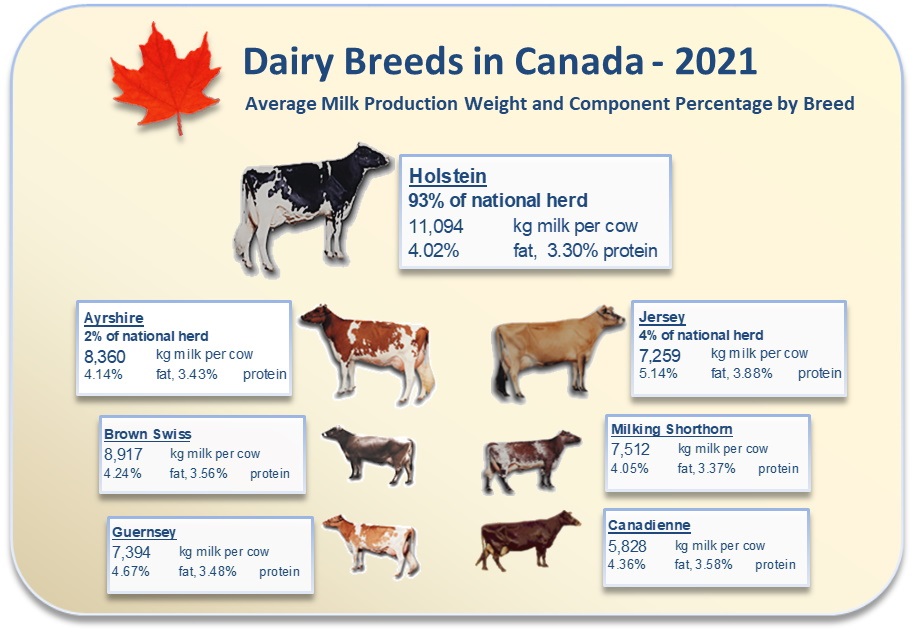 The Canadian Holstein breed has developed under a philosophy of balanced breeding and cutting-edge research. While many countries have followed the route of single trait selection, the Canadian cow has been perfected for a balanced combination of type, production, and health traits. The Canadian cow is known for traits related to longevity and profitability, such as sound feet and legs, dairy strength, and a desirable udder. Canadian Holsteins are built to withstand high milk production for a long and trouble-free life.

New studies reveal less emphasis being placed around the world on production alone (especially milk protein). More countries are incorporating health and/or longevity into their formulas and slowly coming around to Canada's way of thinking. Trouble-free cows combining production and other components of functionality are desired, which is what Canadian producers have been promoting all along.

Use a comma to search on multiple criteria: